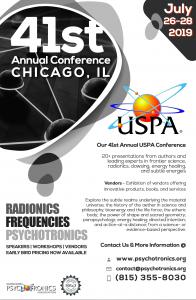 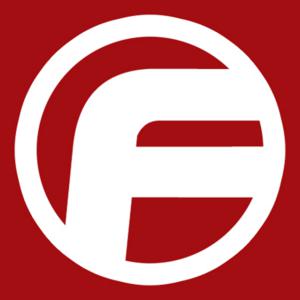 Could 5G technology from smartphones give us cancer? Wireless companies in the US are constantly looking to improve cellular speeds and functionality.

Wireless devices only emit RF energy when you are using them and, the closer the device is to you, the more energy you will absorb”
— FCC Statement on Wireless Devices and Health Concerns

SKOKIE, IL, US, June 12, 2019 /EINPresswire.com/ — Could 5G technology from smartphones give us cancer? Wireless companies in the US are constantly looking to improve cellular speeds and functionality. There are several concerns about the impact that 5G technology has on our health as well as the environment. At this year’s USPA 41st annual Conference, President Dr. Beverly Rubik will be giving a presentation on the impacts of 5G on our health and the environment.

SKOKIE, IL, June 12, 2019 – Most Americans have heard the terms “3G” and “4G LTE” when it comes to their wireless smartphone devices. Already, the technology for 5G is underway, with companies already in the research and development phase. Companies such as Samsung, Verizon, Qualcomm, LG and Sprit are working to build a 5G world. What do all of these “G” Technologies stand for? 1G stands for the first generation of wireless technology such as the analog cell phone. 2G technology included features such as SMS and voicemail on mobile headsets. 3G technology offered higher data transfer rates, web browsing, image sharing and GPS. 4G technology ushered in an era of even faster wireless speeds. Now, we are on the frontier of a new era of 5G Technology, and that scares many consumers and researchers alike.

With wireless companies on the brink of launching 5G, there are many questions and concerns. These concerns are on the possible risks of 5G technology, specifically wireless radiation and cancer. Right now, we are all being exposed to radiation from microwaves, television, WiFi, radio stations, cell phones and even space itself. For years, there has been a growing concern that smartphones cause cancer as a result from wireless radiation. In 2011, the International Agency for Research on Cancer (IARC) classified radio frequencies from cell phones could “possibly cardiogenic”. However, the FCC assured Americans that they have nothing to worry about. All wireless devices that are sold in the US have to go through an official FCC approval process to ensure that they do not go over the allowable FCC SAR limit (1.6 watts per kilogram – W/kg).

“Even though no scientific evidence currently establishes a definite link between wireless device use and cancer or other illnesses, and even though all cell phones must meet established federal standards for exposure to RF energy, some consumers are skeptical of the science and/or the analysis that underlies the FCC’s RF exposure guidelines. Accordingly, some parties recommend taking measures to further reduce exposure to RF energy. The FCC does not endorse the need for these practices, but provides information on some simple steps that you can take to reduce your exposure to RF energy from cell phones. For example, wireless devices only emit RF energy when you are using them and, the closer the device is to you, the more energy you will absorb.”
– FCC Statement on Wireless Devices and Health Concerns, Source

Many scientists and researchers are already concerned about the future impact of 5G Technology. Dr. Beverly Rubrik is one of them. Beverly Rubik, Ph.D. is a leading scientist and scholar who is internationally renowned for her pioneering work in frontier science and medicine that goes beyond the mainstream. She has given many presentations at conferences at universities regarding wireless technology, energy, the human biofield, brainwaves, biophotons and healing. Currently, she is the President of the United States Psychotronics Association (USPA). Beverly Rubik will be giving a presentation with Harry Jabs, titled “Wireless Radiation, 5G, and Our Health” at the USPA Conference in July. This year, USPA is hosting its 41st Annual Conference on July 26-28, 2019 in Skokie, Illinois. The Conference will be held at the DoubleTree by Hilton Hotel Chicago. This year’s theme will be “The Art & Science of Energy Healing”. The conference will feature over 20 presentations from authors and experts who are forerunners in the areas of science, radionics, dowsing, energy healing, and subtle energies.

About The United States Psychotronics Association (USPA): nonprofit 501(c)(3) organization founded in 1975 to serve as a focal point for scientific and technical exploration of the universe of esoteric, spiritual, and psychic arts in the United States of America. Psychotronics involves the study, research, and applications of the physics and technology of the mind, brain, spirit, consciousness, and the underlying forces of life and nature. For more information on USPA, conferences, registration and membership go to psychotronics.org.

Do you love science? Don’t miss our annual conference..Be There or Live Stream – July 2019