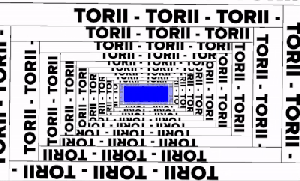 Streaming Wars: TORII is emerging as a powerful new tool in compressing video

TORII: designed to compress video smaller than ever before

If your company is currently using H264 and is looking for a speed boost or a faster way to deliver video over a constrained network, contact LENS Immersive at info@lens-immersive.com”
— Travis Rice

"We've built TORII to solve this exact problem – reducing bandwidth consumption while increasing picture quality," said Travis Rice, CCO LENS Immersive. "After we saw what was happening with Netflix, Stan and YouTube getting requests to throttle their performance, we decided it was time to push this technology out and make it available to major streaming companies. The powerful TORII technology is now compatible with all existing H264* workflows and chipsets, across the globe."

• Consumers will see faster streaming, less buffering and better picture quality without having to change anything. Viewers will also use less bandwidth, saving money each month on internet data usage.

• Online Streaming companies such as Stan, Netflix and YouTube can use TORII with no changes to workflow or existing applications. TORII can reduce their file sizes by 20-70%, saving on storage and distribution costs while speeding up delivery to viewers.

• Networks and Telecom providers – with video streaming consuming more than 60% of global internet traffic in 2019 (**) – and continuing to grow year over year, network providers have the most to gain from TORII. The ability to reduce the network load will translate into a massive speed increase globally.

TORII lands in the midst of highly competitive video compression landscape, allowing for higher rate of throughput of all types of video content including 4k and the relatively new 6k and 8k televisions. A significantly faster H265 compatible version of TORII is due for release in the middle of this year, benefitting other industries such as surveillance and data centers around the world.

If your company is currently using H264 and is looking for a speed boost or a faster way to deliver video over a constrained network, contact LENS Immersive at info@lens-immersive.com

*H264
The H264 video compression standard, is an industry standard that is the most widely used video delivery format for streaming online video. Commonly used across the globe for the recording, compression, and distribution of video content, the H264 format has been a network-friendly video transmission method, growing widely since being released in 2003. Now, in 2020 with the release of TORII, these videos can be further optimized, creating smaller, more easily transported files while maintaining ideal video and sound quality.
**- https://www.ncta.com/whats-new/report-where-does-the-majority-of-internet-traffic-come