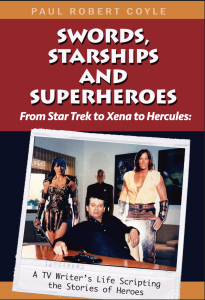 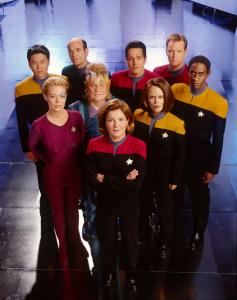 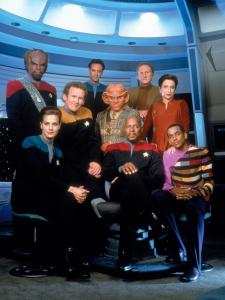 It was never easy going where many, many writers had gone before.

LOS ANGELES, CALIFORNIA, USA, November 24, 2020 /EINPresswire.com/ — I was fourteen in 1966 when Star Trek premiered. The episode was “The Man Trap,” and I remember watching it in glorious black-and-white. (It aired in color, but my family didn't have a color set.) I was an instant fan. I later learned that several other young "Star Trek" fans got their start in writing for television by submitting – and selling – spec scripts to the Original Series. These included David Gerrold (“The Trouble with Tribbles”) and Judy Burns (who co-wrote “The Tholian Web” with Chet Richards). Unlike other series, "Star Trek" inspired fans to try their hand at writing for a show they loved.

By the time I started cranking out spec TV scripts during high school, "Star Trek" was on the verge of cancellation, so I tried other shows instead. But when I moved to L.A. for college and to pursue a TV-writing career, "Star Trek" streaked back into my life at warp speed. I signed up for a college writing class taught by Dorothy Fontana, Trek’s very own Story Editor. One night, Trek creator Gene Roddenberry came to speak. In my second year of college, a miracle happened – I landed my first official writing gig. It was for the brand-new "Star Trek: The Animated Series." I was being paid to write! First, I delivered the story outline (and collected my first professional paycheck.) Next, I waited anxiously for the go-ahead to write the script. I was flying almost as high as the Enterprise! Unfortunately, I came crashing to Earth fast when my story was cut off, and the episode abandoned.

That first exhilarating – then humiliating – experience is only one vignette in my book "Swords, Starships and Superheroes – From Star Trek to Xena to Hercules: A TV Writer’s Life Scripting the Stories of Heroes." (Aspiring writers can learn from my failures and successes.) Luckily, I recovered, and was able to write for a string of hit cop-and-detective TV shows. Then, in the mid-1990s, "Star Trek" reentered my life. Mike Piller, a producer I’d worked with on "Simon & Simon," came to "Star Trek: The Next Generation." Mike was a big-time proponent of using freelance writers. He called me in, first for a rewrite, then to pitch new stories. I was a working "Star Trek" writer again! This time, things turned out better than my misfire at the Animated Series.

The "Star Trek" spinoffs that flourished under Piller were massive hits. First ST:TNG, followed by "Deep Space Nine," then "Voyager." I worked on them all. Some were uncredited rewrites; others were originals that carried my name. My second-season DS9, “Whispers,” became a fan favorite. I was the first freelancer to sell a story pitch to "Voyager" (“State of Flux”). I even created a popular recurring villain, Seska the spy.

The problem with coming up with fresh story ideas for the assorted spinoff Treks was that so many stories had already been told since 1966. And variations on them. How many times can you pitch, “The Enterprise discovers a planet of purple-skinned furball creatures who model themselves after Salvador Dali surrealistic paintings from 20th-century Earth?” (No, that wasn’t one of mine. Honest.) The key to a successful pitch, I learned, was character. A successful "Star Trek" story is a character-oriented story. For starters, each series featured a strong lead … Starship Captains Picard, Janeway, and Archer, and DS9 Commander Sisko. Just as importantly, each had a diverse cast of well-defined supporting characters. Any one of them could be the lead in a given episode. Data. Worf. Odo. Major Kira. A colorful mix of humans, aliens, androids; even a holographic Doctor. When Starship Voyager’s Seven of Nine – actress Jeri Ryan’s human-turned-Borg, now-struggling-to-reclaim-her-humanity – debuted in Voyager’s Season Four, it reinvigorated that show, and re-sparked audience enthusiasm. (And ratings!) A writer coming in to pitch to any of these Treks, or writing a spec script, was free to choose their favorite Trek character, and let their imagination flow.

Each season, the producers updated a “Tips for Writers Coming in to Pitch” guideline. In my book "Swords, Starships and Superheroes," I include excerpts, and show how they helped me to successfully sell pitches. These “rules” may have been specific to "Star Trek" at the time, but they apply universally to countless TV shows, past and present.

Yes, there were more "Star Trek" stories I was dying to tell, and might have. But I got busy with other shows, like Xena and Hercules. By the time I was free again to pursue more work at "Star Trek," those particular Treks were over. The current (2020) crop of Treks ("Discovery" and "Picard") are largely serialized, have shorter seasons, and are closed to outside writers. Due to legalities, the studio won’t allow the producers to even read spec "Star Trek" samples, as Gene Roddenberry and Mike Piller always did. (Their loss, if you ask me.)

If you’re interested in the realities of writing for "Star Trek" today, in "Swords, Starships and Superheroes" I interview Alex Kurtzman (Discovery’s and Picard’s Executive Producer/showrunner). Alex gives candid insight into what he looks for when hiring writers.

After decades of endless reruns, there are still new "Star Trek" stories to tell. So far, that original “five-year mission” has stretched to over fifty! Whether you’re a fan, or an aspiring storyteller, my experiences with Trek and other shows will entertain, maybe even illuminate. Maybe they’ll even inspire some future writer to boldly go where … yeah, you know the rest.

"Swords, Starships and Superheroes – From Star Trek to Xena to Hercules: A TV Writer’s Life Scripting the Stories of Heroes," by Paul Robert Coyle, has been published by Jacobs/Brown Press. For more information, to receive a review copy for media outlets, or to arrange to interview the author, contact Rebecca Varga at Rebecca.varga@jacobsbrownmediagroup.com.