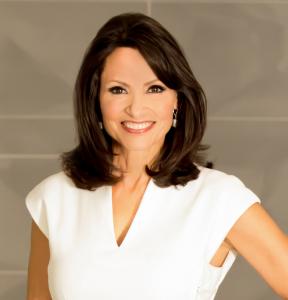 Liz Brunner, CEO of Brunner Communications and award-winning ABC News Anchor. Author of “Dare to Own You”. 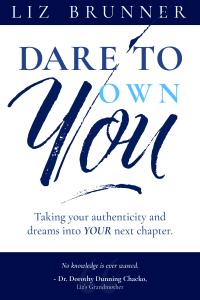 Liz Brunner, Releases New Book Detailing the Obstacles and Lessons of Being a Woman in Broadcast Journalism and Uses Her Story to Empower Others.

Perhaps you’re afraid to use your own voice because you want to fit in or to please others—or even worse, you fear being rejected. It takes heart. It takes courage to find one’s voice and own it,”
— Liz Brunner

COLORADO SPRINGS, COLORADO, UNITED STATES OF AMEICA, November 9, 2021 /EINPresswire.com/ — GracePoint Publishing announced today the release of a new book written by, Liz Brunner, CEO of Brunner Communications and award-winning television anchor for ABC. In the book, “Dare to Own You”, Brunner reflects on the risks she has taken, the obstacles she's overcome as a woman in broadcast journalism and the lessons learned along the way.

In her extensive career in journalism, Liz Brunner served as the main news anchor and reporter for ABC-TV, WCVB NewsCenter 5 in Boston, co-anchored the #1 rated 6pm newscast and had the honor of conducting one-on-one interviews with global icons such as Barack Obama and Oprah Winfrey. Brunner has also remained active as a classically-trained vocalist, singing with the Boston Pops and being invited to sing the national anthem for major MLB, NFL and NBA sporting events.

Prior to becoming the CEO of Brunner Communications in 2013, Liz Brunner used the scholarship awarded to her for winning Miss Illinois to fund her degree in Music from the Lawrence University Conservatory of Music. What followed were successful ventures in careers such as music educator, fashion sales and broadcast journalism. Fueling each endeavor was a desire to learn more, to take risks and to deny any sense of the “I don’t know what I am doing” mentality.

Written as a series of affirmations and memories of how these lessons were applied to Brunner’s own upbringing, “Dare to Own You” invites readers to build courage and push past mental barriers to discover their most authentic self and to use that to determine “what’s next”. Brunner’s book calls upon its readers to collect knowledge throughout their life and to put it to use in facing challenges, embracing the unknown and breaking expectations.

“Perhaps you’re afraid to use your own voice because you want to fit in or to please others—or even worse, you fear being rejected. It takes heart. It takes courage to find one’s voice and own it,” says Brunner in her new book.

“Dare to Own You” is published by Empower Press, an imprint of GracePoint Publishing, the premier publishing house for leaders, teachers and creatives and is available at all major retail bookstores including Amazon and Barnes and Noble.